Domestic violence compensation claims – How to claim a CICA award

Domestic violence compensation – How much can you claim? 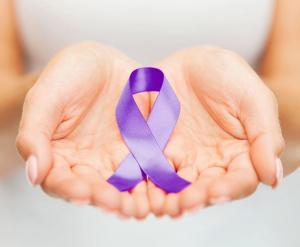 The Criminal Injuries Compensation Authority (known as the CICA) run a compensation scheme for blameless victims of crime in the UK. If you have suffered domestic emotional or violent abuse you may be able to make a claim to the CICA subject to their eligibility criteria. Compensation can be claimed for both physical and mental injury. Emotional abuse cases can be more difficult as medical evidence will still be required to support a claim.

Your guide to domestic violence compensation

More about claiming compensation from the CICA

How much compensation can you claim following domestic violence?

Has your case already been decided by the CICA? Please read our advice pages here on the initial decision review process or Tribunal Appeal applications. Please also read our dedicated page for victims of knife crime.

What is domestic violence?

Domestic violence is the term used to describe a violent or abusive relationship usually committed by a partner, husband, boyfriend or loved one. Domestic violence can include physical injury, mental harm or unwanted sexual acts. The term domestic abuse is more commonly used where an act / series of acts continues for a period of time. The victim may be subjected to bullying or verbal aggression and manipulation. “Coercive” behaviour where a partner causes severe stress or suffering through manipulative behaviour is also considered abuse in current UK law.

Domestic assaults can be sexual in nature with many victims being subjected to rape or non-consensual sexual acts. The family as a whole will be dramatically affected by this behaviour. Many victims suffer psychological symptoms and post traumatic stress disorder (PTSD). If your case involves a single one off domestic incident you may wish to view our rape assault page.

When is domestic violence considered a crime

A violent act can be easy to define – put simply if you are injured as a result of an act of aggression by your partner or spouse then that would constitute a potential crime. Mental harm caused by abuse can be much more difficult to define. Bullying, coercive behaviour and other forms of abuse come under the same banner but these cases can be more difficult to prove as evidence is not always available from the victim.

Can you make a claim for domestic violence assaults or abuse?

In order to apply to the CICA following a domestic violence or abuse you must:

*It is possible to claim after the deadline in cases where the victim suffers mental health problems or has an exceptional reason for any delay.

Dont know what to do next or where to start?

Speak to a friend: Be brave and tell a friend or relative about your situation. You need help and understanding, you will not be judged by people who really care you and your family.
Tell your GP: Your GP will listen and give you both medical attention and may offer some guidance.
Seek help from a charity: There are a number of very active and supportive charities who have experienced staff on hand to help you with advice and if needed, intervention. This could involve moving into a refuge or similar “safe house”.

Suffering in silence may just lead to more suffering for you and your family.

What happens when you report domestic violence to the police?

If you have been the victim of a crime then you would ordinarily report the matter to the police without hesitation. This rule may not always apply to domestic violence. Most victims will put up with a huge amount of abuse or physical pain before making the brave decision to contact the police. There is a point at which your personal wellbeing and safety, not to mention the safety of your children, must become your top priority.

All police authorities across the UK have dedicated staff to assist victims and their families. Your case will be taken seriously and you will be in safe hands. The support networks that are funded and promoted by the police will ensure that you receive the help you need whilst the criminal acts are investigated.

You will not be turned away. You will not have to deal with uncaring or unwilling professionals. You will be looked after and safeguarded. If the crimes are serious enough, your partner may be charged. Prosecutions are now very common and you will need to cooperate where possible.

A common offence used in domestic violence is Grievous bodily harm (GBH) which is a criminal offence under Sections 18 and 20 of the Offences against the Person Act 1861. This very old but still effective legislation is in place to protect victims of violence.

More advice here on what happens when you report domestic abuse to the police.

YOUR SAFETY AND THE SAFETY OF YOUR FAMILY – COME FIRST

What is the next stage and will the case go to court?

The police will want to interview all relevant parties and witnesses to the domestic abuse. The witness statement from the “complainant” will usually be in video form once the initial disclosure has taken place. The offender may also be interviewed under caution on video. Additional evidence will be considered such as medical records, phone based media evidence and any witnesses spoken to. The matter will in due course be considered for a referral to the Crown Prosecution Service (CPS) in England & Wales or the The Crown Office and Procurator Fiscal Service (COPFS) in Scotland for the decision to be made on a possible prosecution (which means going to court). If the case is to proceed a trial date or window will then be set. The process can take anywhere from 1-2 years.

If the police drop the case – can you still claim?

You can still submit an application for CICA domestic violence compensation even if the police decide against taking the offender to court. There can be many reasons why court action does not take place and the police will usually explain fully why a prosecution is not possible. If you wish to dispute a “no further action” (NFA) decision please read our advice page. A decision not to proceed may have an impact on your compensation claim as the CICA will need convincing that the crimes occurred in the way described. However we find that a supportive police team can be a huge benefit if you are to make a claim.

How the police sign off on the case can influence the CICA and if they find you credible and offer a sympathetic view of your case this may help your claim prospects.

If a case is going to court – is it better to delay a claim?

If a case is likely to go to trial it is sensible in many cases to consider delaying your claim. The objective of any criminal investigation is to successfully prosecute the offender to protect you and the public. The problem however is that the CICA compensation rules stipulate you must make a claim within 2 years of the incident or the police being involved. Some leeway is allowed when criminal proceedings are ongoing but if you are wary of missing your deadline you may wish to claim sooner rather than later.

About the CICA claims process online and scheme rules

The CICA was set up in 1964 to provide victims of violent or sexual crime with much needed compensation following their ordeal. The scheme itself has a number of quirky and very strict eligibility rules and their criteria must be met in order for any award to be made. The key criteria is that your complaint must be reported to the police, you must apply within 2 years of this date and must cooperate at all times during the police investigation. Your criminal record will be checked to see if you personally have any convictions – this can lead to a claim being refused. More here on why unspent criminal convictions can be a serious issue.

Top 4 reasons why some domestic violence claims are rejected

Not all applications will lead to an award being made to a victim of domestic violence. These cases are difficult for the CICA to assess because they involve relationships and families. So what issues may lead to a claim for domestic abuse being refused? Here are the top 4 reasons why some applications are refused:

How much compensation can you claim following domestic violence including GBH?

Some common domestic violence example award payouts are listed below:

You can read more about GBH and ABH below.

Many domestic violence victims will suffer from serious mental health issues due to their abusive experiences. If you suffer with such issues you can claim for this element but subject to very specific medical evidence. Your condition must be diagnosed by a psychiatrist or clinical psychologist and there has to be a direct link to the events (abuse) not other factors in your life. This is the standard of evidence that the CICA require and the bar is set deliberately high. *But* if you have a diagnosis and can provide such evidence, the following compensation awards are achievable:

Claiming for serious psychological conditions such as PTSD

It is highly probable that anyone who endures a rape or sexual assault will suffer a psychological impact. Many victims are diagnosed with depression or anxiety but also Post Traumatic Stress Disorder (PTSD) which is a condition that can be easily identified by mental health specialists. Treatment can include cognitive behavioural therapy otherwise known as CBT and medication. More serious long-term sufferers may revert to more specialised therapy known as “Eye Movement Desensitization and Reprocessing” (EMDR). This therapy is highly effective but not commonly available across the UK under the NHS.

In order to receive an award for a serious mental health issue any condition must be classified as a “disabling mental injury” and as stated above diagnosed by a psychiatrist or a clinical psychologist. PTSD would certainly come under the disabling category but you must ensure that you have the necessary medical evidence in place. The CICA do not accept evidence from your GP or counsellor / therapist.

Most domestic cases that we deal with involve violent assault. Such crimes usually fall into two categories of charges: ABH and GBH. Here we explain more about these offences.

You can obtain compensation for violent assault where your partner has injured you in such circumstances and the matter has been reported to the police. You must fully cooperate with the police in any subsequent investigation and contribute fully to a prosecution if charges are brought.

Here are just a few charities we would recommend: