CICA Criminal injury assault compensation – How much can you claim?

CICA Criminal injury assault compensation – How much can you claim?

Criminal injury – How much compensation could you be awarded?

If you have suffered injury or harm following a crime in the UK you may be entitled to a criminal injury compensation award. This service is managed by the Criminal Claims Bureau. We help victims of crime obtain compensation following assault, abuse or a non-consensual sexual act. 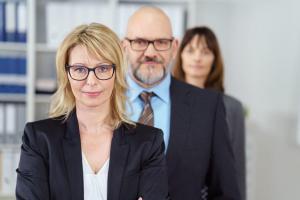 Our comprehensive advice guide below explains more about the legal process and what rights you might have to make your claim.

Common questions about the CICA process

Types of CICA claim and how to calculate your award

Has your case already been decided by the CICA? Please read our advice pages here on the initial decision Review process or Tribunal Appeal procedures. Please also read our dedicated page for victims of knife crime.

What is criminal injury compensation?

If you have been the victim of violent or sexual orientated crime in the UK it is possible to seek an award for criminal injury compensation. A government scheme operated by an agency within the Ministry of Justice allows for victims to obtain an award for personal injury, psychological harm and loss of earnings. Such awards are determined by strict eligibility rules contained within the scheme.

Eligibility rules for claiming for assault or abuse in the UK

The Criminal Injuries Compensation Authority (hereafter referred to as the CICA) is the government agency who manage the scheme. They have devised a set of rules which determine whether a person is considered eligible to claim an award. The key criteria for claiming is listed below:

*It is possible to claim after the deadline in cases where the victim suffers mental health problems or has an exceptional reason for any delay.

Please be aware that the CICA are often confused with the Criminal Injuries Compensation Board which is the old term for the Authority.

The CICA was set up in 1964 to provide victims of violent or sexual crime with much needed compensation following their ordeal. They are now based only in Scotland (Glasgow) but deal with claims across the UK (except Northern Ireland). The CICA scheme is not perfect and some of the rules can be very harshly applied. However it remains a safe place for people to seek compensation with the focus on providing recognition of the trauma suffered that is not always afforded by the criminal justice process.

If you decide to make a claim for criminal compensation following a violent assault the process is strictly private and confidential. The only organisations or people involved in the process will be the CICA, the police, your doctor (GP) and your legal representative if you instruct one. The offender does not have any knowledge of the application and is not involved in any way during the process.

It is possible to claim criminal compensation without using a solicitor or legal advisor. In more straightforward cases where the claim is made within the two year application window and there are no issues such as lost earnings etc you may decide to claim without legal support. More advice on claiming direct to the CICA here.

You should however be aware that the CICA re not a charitable organisation. Nor do they act as an impartial ombudsman there to guide you through the process. This is a government agency looking after government funds who have a set of rules that they apply rigidly to each claim. It is advisable to consider legal support if your case is complex, if deadlines have been missed or if you cannot face dealing with the claim procedures alone.

Who pays your criminal compensation – how is it funded?

There are a number of ways that compensation can be paid to victims of crime (for example by court order at the criminal trial or via a civil action) but when you make a claim to the CICA we can confirm that the award is funded by the government. Each year the CICA spend around £150 million on victim compensation. Offenders do not contribute to this fund nor do they have any involvement or knowledge that a claim has been made.

Types of evidence required to make a successful assault claim

The claims process involves assessing evidence from a number of sources to determine whether a case is eligible for an award under the scheme. The following is an example of what evidence might be necessary:

How do you know your case will be accepted and you will receive an award?

Whether your criminal compensation case is accepted or not will depend entirely on the CICA criteria and whether there is sufficient evidence to show that on the “balance of probability” a crime occurred. If your case has been to court, that is usually a good indicator of probability but it is also possible to receive a payout even if your case does not reach court.

How long do CICA claims take?

Unfortunately the claim process can be very slow. How long your claim takes will depend on the complexity of the case, the availability of the evidence and on whether your injuries have healed sufficiently to allow for a fair assessment. Most claims for assault take around 12-18 months but if issues arise you may wait longer than this. In cases of sexual assault or abuse there is an option to settle your claim on the basis of police evidence only (medical evidence is not assessed) which can result in a much quicker settlement of around 4-6 months.

Top 5 reasons why some assault claims are refused

Not all claims will lead to a settlement award being made. Here are the Top 5 most common reasons for cases being refused according to the 2017/2018 annual report from the CICA:

*More here on why unspent criminal convictions can be a serious issue.

Do not miss your 2 year application deadline

The application period for criminal compensation is generally 2 years from the date of the incident. If you miss this window then you can request permission to make a delayed application but this will only be allowed if you have “exceptional reasons” for not claiming sooner. One such reason could involve your health for example if you can show that you were too unwell to focus on applying. In cases of sexual abuse or rape assault the 2 year window will run from the date of the events or police disclosure. These cases are treated differently to violent assault cases.

Make sure there is a medical record of any personal injury

If you do not seek medical attention for your personal injury after an assault and there is no hospital or GP record, you cannot claim compensation under the CICA scheme. You have to prove your injuries showing that you have endured pain and suffering arising from violent crime. If you do not have injuries severe enough to warrant medical intervention you are unlikely to be eligible for an award.

Cooperating with the CICA

As stated above one of the most common reasons for a case being refused is failure to cooperate fully with the CICA. They allow usually one calendar month for you to respond to requests for information and evidence. You need to take this seriously. They will allow you an extension if more time is needed but you must request any extension and keep them informed if delays are to be incurred. As long as you stay in touch with them they are unlikely to decline your claim due to lack of cooperation.

Be prepared for delays – patience is needed

Most claims will take around 12- 18 months to conclude and during this time you may hear from the CICA only a handful of times. This is not unusual and you should not be worried that any delay is a bad sign. You are dealing with a government agency who are handling 35000 plus cases every year. Our advice would be to get the claim started and then get on with your life and your recovery from your injuries. Your claim will be decided upon in reasonable time.

If you suffer physical injuries as a result of violent crime you may be able to claim a criminal injury award. However only certain injuries will be considered and the emphasis is on compensating those with more serious injuries. In the current CICA scheme no compensation is payable for injuries such as a broken nose, broken ribs and many soft tissue injuries such as facial bruising, black eyes, back or shoulder problems are also no longer subject to an award. Simple fractures and dislocations can be claimed for along with many other injuries including lacerations that lead to scarring. It follows that more serious injuries will be subject to an award with appropriate evidence being supplied and eligibility checks. All CICA awards are calculated using a tariff based system where each injury is categorised with a scaled valuation depending on certain variables. So issues such as the severity of the injury, recovery period, permanent nature of injury, effect on mobility and working capacity are all considered. SEE OUR CALCULATOR TOOL BELOW for more information.

It is perfectly reasonable to assume that someone who is the victim of violent or sexual crime may suffer some form of psychological injury. However a criminal injury award will only be paid in certain circumstances. Firstly there is no award for depression and anxiety or an aggravation of underlying problems – the scheme does not allow for this. You can however claim for a disabling mental injury subject to evidence from a clinical psychologist or psychiatrist. Post traumatic stress disorder (PTSD) is very common but often goes un-diagnosed. To claim an award for PTSD which can start at around £6200 for injuries lasting up to 5 years, you must have a consultant diagnosis. GP evidence is not sufficient to support a claim for psychological injury.

Loss of earnings claims under the CICA scheme

The CICA compensation scheme allows for loss of earnings to be reclaimed but subject to some very specific condition:

Why are some injuries not allowed under the scheme?

In 2012 a new compensation scheme was rolled out by the CICA that brought in a number of very significant cost saving changes. One change involved reducing the valuation on the CICA tariff system for the majority of injuries. In addition to this they removed the right to claim for minor injuries which was aimed at reducing the number of applications from people involved in fights and related incidents. Minor injuries accounted for a significant proportion of the CICA budget and by bringing in stricter criteria they were able to save £millions. Unfortunately this came at a great cost to innocent victims of violent crime many thousands of whom have been denied compensation ever since.

For help and advice on sexual assault, historical sexual abuse or domestic violence cases please visit our dedicated pages below or call our helpline:

Our updated simple calculator tool below has been created to provide prospective claimants with an idea of the likely compensation award that might be achievable under the CICA scheme. The final calculation is an approximate figure and any final award assessed by the CICA may differ.

Please be aware that the awards quoted apply to the new CICA rules which do not allow payments to be made for certain minor injuries.

Rape convictions in England & Wales drop to a record low